I’ve noticed that a lot of people are a little standoffish about the changes to the new Annie. I have to admit, even though I was excited that the main character would be played by a little African-American girl, I was worried that they would try to update it so much that it would just seem cheesy. I didn’t like the last update to Annie. It really bugged me and I was worried. I thought, “oh no, here we go again trying to update the music and make it sound modern.”Basically, I was afraid the choreography was going to include catchy dance fads like the Nae Nae and phrases like “Bye Felicia.”
The fact that it was a little African American girl was the best part to me, but I was scared. “What if it’s a flop?People are going to blame it on the fact that the little girls black.” She could do her very best acting, pull off every scene, every emotion, and people will still say “See this is what happens when you have a black Annie!”
Earlier today, I became aware of some racist haters on Twitter saying “no offense, I’m not a racist or anything but Annie shouldn’t be black.” Now 1) I feel that if you have to start any sentence with “I’m not a racist but …” it’s probably a racist sentence that needs to be kept to yourself. 2) I also have the sinking suspicion that it wasn’t nearly as many people on Twitter saying such things as the media makes it out to be. We all know they like to make things look bigger than they are. It makes for better news which brings them the big bucks.
I wasn’t really surprised by the fact that people were making racist statements about the new Annie movie. I actually expected it and already adjusted my mentality to ignore it. Moving on, I was a little leery of the fact that they are redoing Annie because it was one of my favorite movies as a child. Actually, it’s one of my favorite movies as an adult.
So today me and my sister decided to look on YouTube and watch some of the clips from the movie, some of the previews and the trailer. As we watched the movie clips, my three-year-old niece woke up and decided to come and watch them with us. At that point, my sister asked me to do her hair. So I took all her little braids down as we watched.  Her hair was all big and fluffy in an Afro just like the main character. My sister had explained to me that they had been watching Annie all week long in anticipation to see the movie on Christmas Day. My Niece knew all the songs and had grown very fond of the original Annie movie.
A moment came when I looked up at the screen and said “Look…Annie looks like you.” My niece looked flabbergasted and excited all at the same time. She sat there looking at the screen with her mouth wide open with a look of pure joy. Her eyes were bright and beaming and her attention was focused on the little black girl dancing across the screen with her little Afro just like hers. As we watch clips after clips, my little niece kept looking from me to her mother as if she wanted approval that “This is okay right?Annie looks like me. This is okay right?”
It is at this point that my sister began to cry. She thought it was so beautiful to see something like this happen right before her very eyes. My little niece asked “Mommy, what’s wrong…why are you crying?” She said “baby I’m crying because I’m happy.”
I love the fact that the new Annie has big curly natural hair. Even though they had the main character wear a wig, it wasn’t straightened; it was in a natural state on a young African-American girl. It’s important for young African-American girls to see a character with natural hair that is very self-assured and positive.
Many people don’t get it. Many people won’t understand what it’s like to turn on the TV and go to the movies and not always see someone that looks like you, especially when you’re a child. However, to see a Annie that is not a little red hair girl, even though it’s a change from the norm, really does take a large steps towards something beautiful.
It shows that the world can change, and people are becoming more open to change. 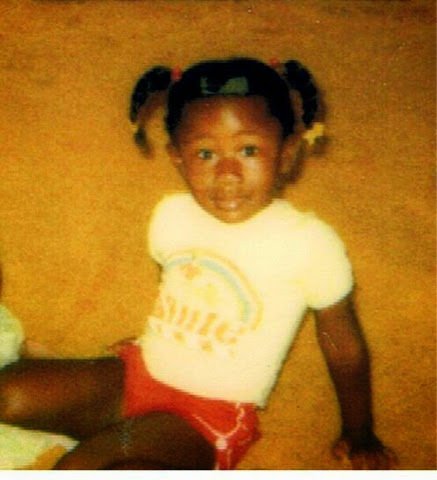